Presented by Flake, Opethfan, Beak, and Racketboy
Check out other Guides in the Retro Gaming 101 Series

After Sony helped finish off Sega’s career in the hardware business, Nintendo knew it needed to come up with some solid hardware to follow up the N64 (and finally make the jump into optical media).   The Gamecube hardware was actually quite impressive when compared to the Dreamcast and PS2, but it also came out at the same time as the beefy Microsoft XBox.   The XBox eventually captured the market of gamers that wanted the most power from their consoles leaving Nintendo to depend on its own franchises to build a legacy for its Cube.

The Gamecube may have been Nintendo’s least successful console to date, but it is still an excellent console to add to a retro gamer’s collection.  Looking back it has a lot of charming features on both the hardware and software fronts and can be found easily on the cheap. 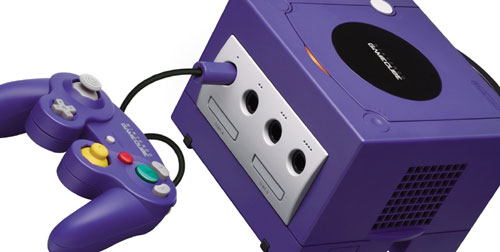 Even though it was overshadowed by the Playstation 2, the Gamecube had a respectable game library — especially by the end of its lifespan.  Here are a few guides that will give you a good idea of games to be on the lookout for when building your GCN library.