Movies For Gamers is a section of BabysoftMurderhands.com where we post and discuss a trailer for a classic cult movie. The movies we select will hopefully be movies that gamers will love too. And of course, if you haven’t seen it, we’ll give you a link to get it. 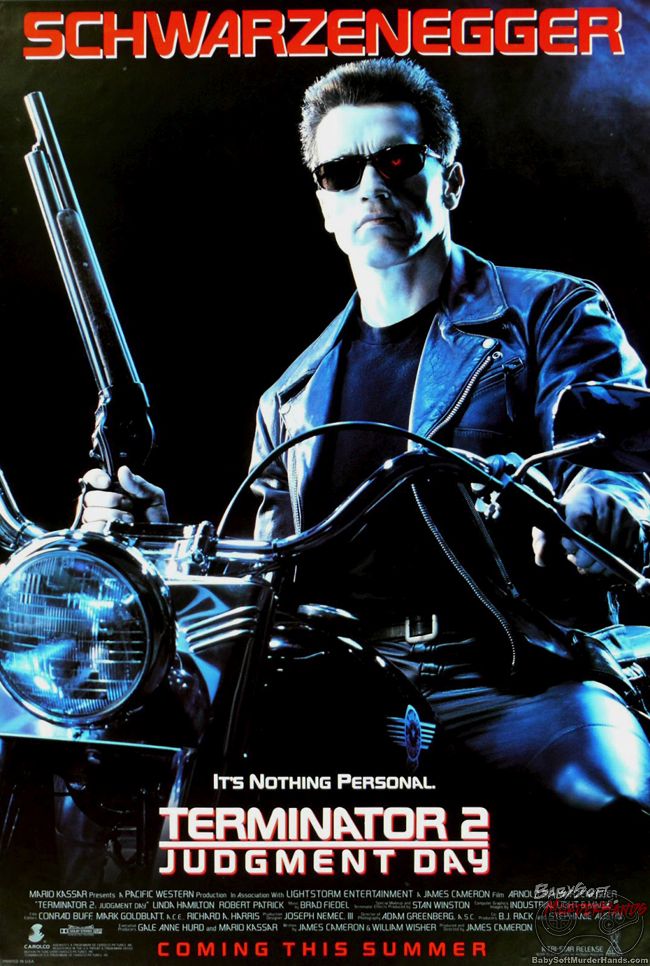 I can’t think of any movie that was bigger than Terminator 2: Judgement Day when I was a kid. Arnold Schwarzenegger reprises his role as a terminator in this 1991 action flick, but this time, he’s the good guy. Linda Hamilton is back too and makes Sarah Connor the most bad ass woman ever. Really. A new type of terminator appears in this film too and it was generated by (at the time) cutting edge 3D graphics technology. Long story short, T2 is the perfect action movie with robots. 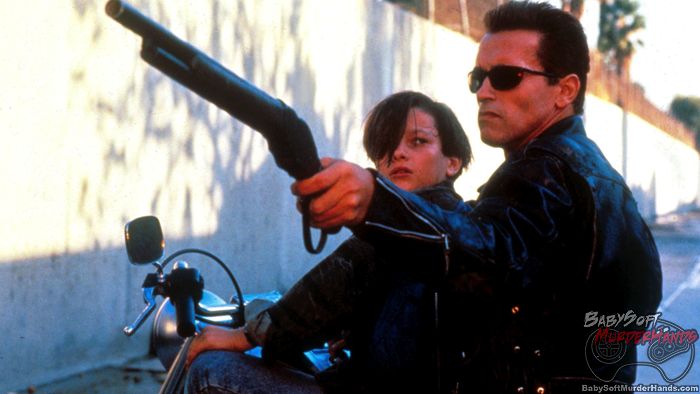 The film holds up to this day as a great movie. The games that were based on it, not so much… Terminator 2 video games were released on pretty much all the systems available during 1991. Unfortunately, most of them were fairly bland side scrollers. There was a pretty good arcade light gun shooter though, which shared the movie’s name in arcades but was renamed T2: The Arcade Game for home release.