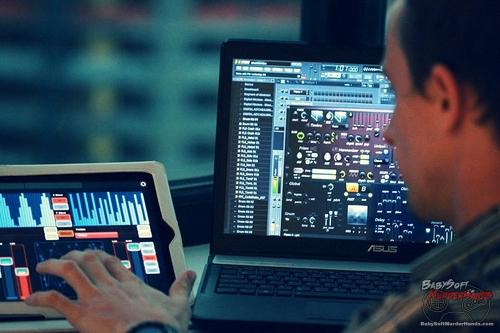 Although the Doom Beta was super quiet, fans have managed to pick apart the asset files inside the program folder. The upcoming reboot of the classic 1993 FPS is getting new music composed by Mick Gordon, who also did a great job on the soundtrack for Wolfenstein: The New Order. The various tracks add a lot of new content, blending industrial rock sounds with modern electronic tones. The result is something that sounds fantastically DOOM like and fresh. He pays tribute to the composers who came before him, including the original MIDI composer Bobby Prince (90’s Doom and Doom II) and Chris Vrenna (Doom 3). Fans of the Quake series’ soundtracks will also be at home here.

You can hear the music in this Youtube video posted by user Koma Chan:

There are also download links here (mirror) in addition to instructions on decoding the soundtrack files.

Doom is developed by Id Software and published by Bethesda. TheDoom release date is May 13, 2016 and will be released on PC,Xbox One, and Playstation 4.