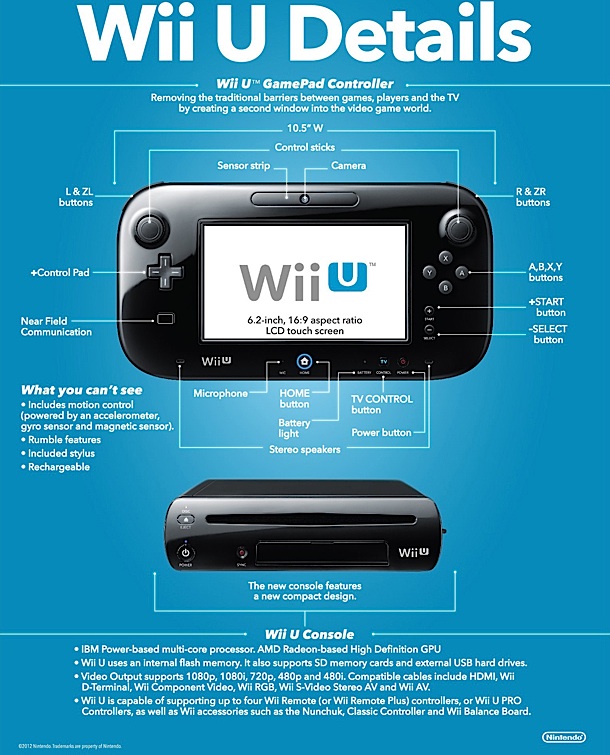 Nintendo announced during its big press event today that the Wii U’s launch date in Japan will be December 8, 2012. Nintendo also announced 2 of the first launch titles… New Super Mario Bros U and Nintendo Land. No other titles have been confirmed as of yet, but with any luck there will be at least a couple more titles from Nintendo, who is well known for strong first party support.

Nintendo Land is a new mini game based game that will showcase the Wii U’s new gameplay features thanks to its new controller design. It will feature many popular Nintendo characters including Mario, Donkey Kong, Link from Zelda, and Samus from Metroid.

New Super Mario Bros U is a new installment in the side scrolling platforming franchise. It features updated graphics and a few twists on the classic Mario gameplay.

More information will come as the day goes. Nintendo will be revealing Wii U US release information today in New York.