Welcome to Cover Art! A section of the site where we look at a retro video game’s box cover art and briefly discuss it’s gameplay and legacy.

What better time to showcase the cover art of the NES classic DuckTales. Hilariously, in Japan it’s called “Naughty Ducks Dream Adventures.” DuckTales was developed by Capcom and released in 1989 for the NES followed by a 1990 release on Gameboy. 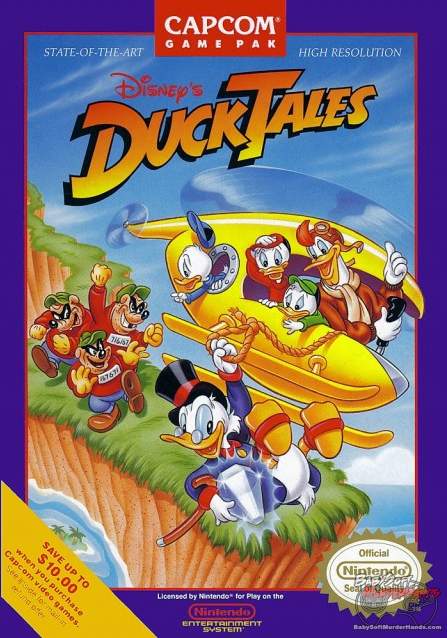 DuckTales on NES is considered one of the best Disney games ever and is highly sought after. The Gameboy port of it also is held in high regard although is less popular. Capcom announced at PAX East 2013 that it is remaking the game for current gen consoles, calling it DuckTales Remastered.