As reported previously, Skullgirls developers crowd-funded their game (via IndieGoGo) to continue working on it after losing their publisher and changing their company name due to financial reasons. Things went REALLY well for them exceeding all their stretch goals (over $800k). Skullgirls will now get 5 new characters, new music, stages, and more all for free. The new characters are being decided based on popular vote. Many fans celebrated awaiting the updated and enhanced version of Skullgirls. 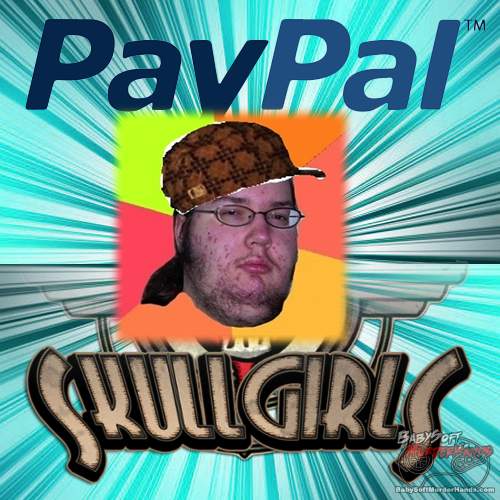 Great news right? But some backers who’s votes did not win decided to chargeback their donations to Lab Zero Games (Skullgirls current dev). Apparently, there was such a large amount of donations being reversed and/or threatened to be reversed via PayPal that PayPal actually froze Lab Zero’s bank account which caused the company not to be able to pay it’s employees. Thanks to those backers with sour grapes, the whole company went unpaid that weekend. Fortunately, Lab Zero president Peter Batholow was able to get the company’s bank account released and was able to pay the employees a few days later. Unforunately, PayPal is still holding $35,000 of Lab Zero’s crowd-funded money as “collateral”.

“It’s likely a vocal minority, but it’s still something we’d like to address, if possible,” explains Bartholow. “We did this because we thought it would make people happy and excited, and we would rather it stay that way.”

Skullgirls Official Facebook (voting is still ongoing as of writing)